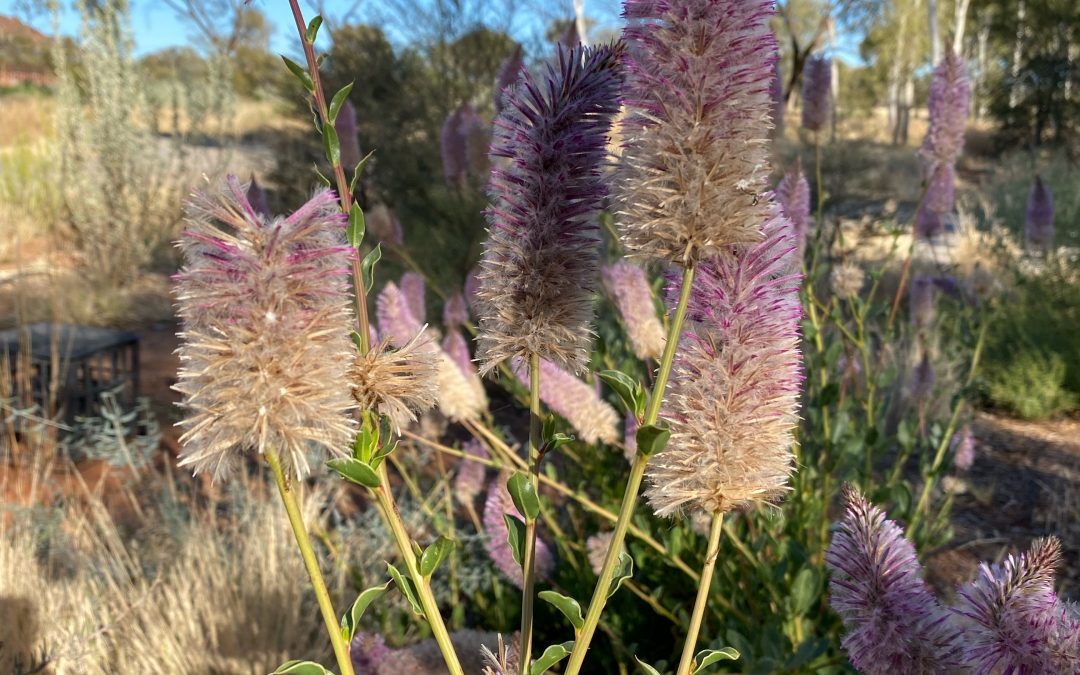 Ptilotus is pronounced tile-ote-us.  It is an indigenous flowering plant you will find in the drier and desert regions of Australia. Mulla-mullas, fox-tails and pussy-tails all belong to the ptilotus genus.

The name ptilotus means feathered, and describes the wonderful feathery flowers that can carpet the red sand and stony flats throughout central Australia after the rains. The flower colours include yellow, white, pink and purple.

Ptilotus flowers were used by Aboriginal people as decoration in ceremonies. The soft branches were used for lining the coolamons (wooden dishes) to carry children, they would have made a wonderfully soft fragrant bed for the babies.

Ptilotus can be found growing throughout Central Australia after rain, and they often form large colourful drifts across the landscape, like a beautiful Afghani carpet.

August and September are Ptilotus flowering season, but you may see them colouring the country in any season after a good rain.